...
I bet you were totally expecting a release didn't you?
Nope, just dropping a post to highlight the recent additions to Labcoax, but first a screenshot: 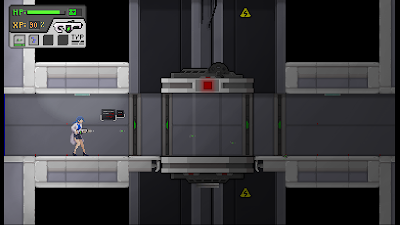 Truth be told I haven't done much in the past few weeks. The only things I've managed are:-


I plan to have both the forward dash and back-hop to be as obtainable upgrades from beating mini-bosses. Additional ammo types for the ammo-change system would have to be obtained from beating the main bosses, very much like Megaman stealing the powers of the main enemies he defeated. Each ammo type will behave differently. The only concern I have is making all of them useful. 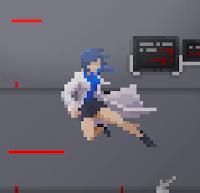 
When is the next release? I can't really say, but maybe 3 weeks to a month from now? Note that I have not started on any bosses or enemies just yet. I'm really just trying to get the new game intro set up for now.