Procrastination got the better of me but I managed to slap a couple of test areas together and hopefully presented what I wanted to present in v0.4 nicely. Now that's left is just to upload and hope I didn't miss anything out. If I did, I'll come back to re-upload and edit things. 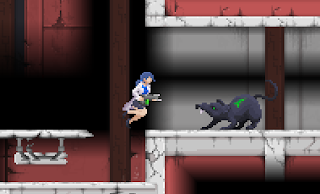 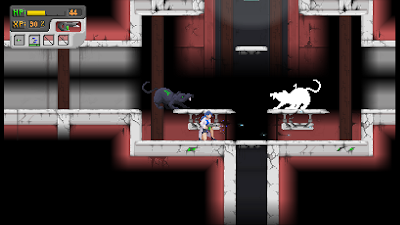 Release v0.4 serves to showcase improved tileset texturing, non-dynamic lighting and ammo-changing (there's only one other ammo to change to currently).

Oh and I've also updated and included links to new developers of H-games on the right-hand side, newest links sorted at the top, so be sure to check them out!
Posted by datanony at 12:53