With June drawing to a close, I want post a screenshot or two on how the game would look like with some non-dynamic light, shading and improved texturing:- 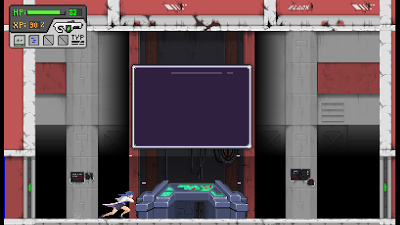 In the the game there'll be multiple zones in which players will visit in their journey on discovering what happened in Labcoax and "stuff". The idea is that each zone have a certain theme (thus its own look and texture) and the enemies are to follow those themes (e.g. flora or mecha), but I think I've said this before. 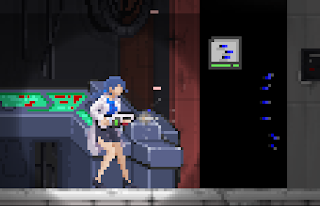 A number of 4 ammo-types is planned for Labcoax, each ammo type will have a primary and alternate fire (think differing shot angle, spreadshot and consumes a form of resource like 'hearts' in Castlevania), so you could say 8 different types of syringe shots.

Well I know it's not much but that's all I can put up now. If you have questions you can post them in the comments section below, and I will answer them (as best I could of course :P ).