I'd like to know what you fellas think about Witch Girl because I am surprised at the number of sales they're doing. I'm guessing KooooNSoft has plans for releasing future patches with additional stuff since they charged a hefty USD19.00+. I never thought RoR side-scroller to be so popular.

[the Labcoax progress]
Yet another late blog update, but I'm putting as much time as I possibly can into Labcoax' development. There have been a little running back and forth as I revisited some of the older codes because they were badly coded and were impeding further proper coding. Apart from that, been redoing a few other things:

[the labcoat]
I've decided that there'd be 2 states of the standard player sprites; one with labcoat on and the other without. I'm still deciding what are the bonuses for having equipped a labcoat but as of now, it gives a 20% damage reduction and takes a few hits before being destroyed, from which the heroine will take 100% damage until finding another labcoat. Lockers dispense ammo (for alternate attacks) and labcoats. Enemy grapple destroys labcoat.

[enemy grapple]
In v0.4, enemies will disengage grapple once they climax and drop the heroine before starting over, but I've gotten a few suggestions to make it last indefinitely until player decides to exit the grapple.

Q: Do you think rape grapples should do damage? Should it keep going until player stops the grapple?

[other_things]
I decided I'd complete a short 6-7 panel comic on photoshop because believe it or not, I don't practice much on photoshop if at all. Here's the short comic on Kyrieru recently breaking his stylus, featuring Kuro from Kurovadis. I got lazy half-way coloring.

Tacokurt created another fanart of Labcoax a couple weeks ago, this time featuring the slime from Labcoax! You can check out his other works at tacokurt@furaffinity (NSFW). 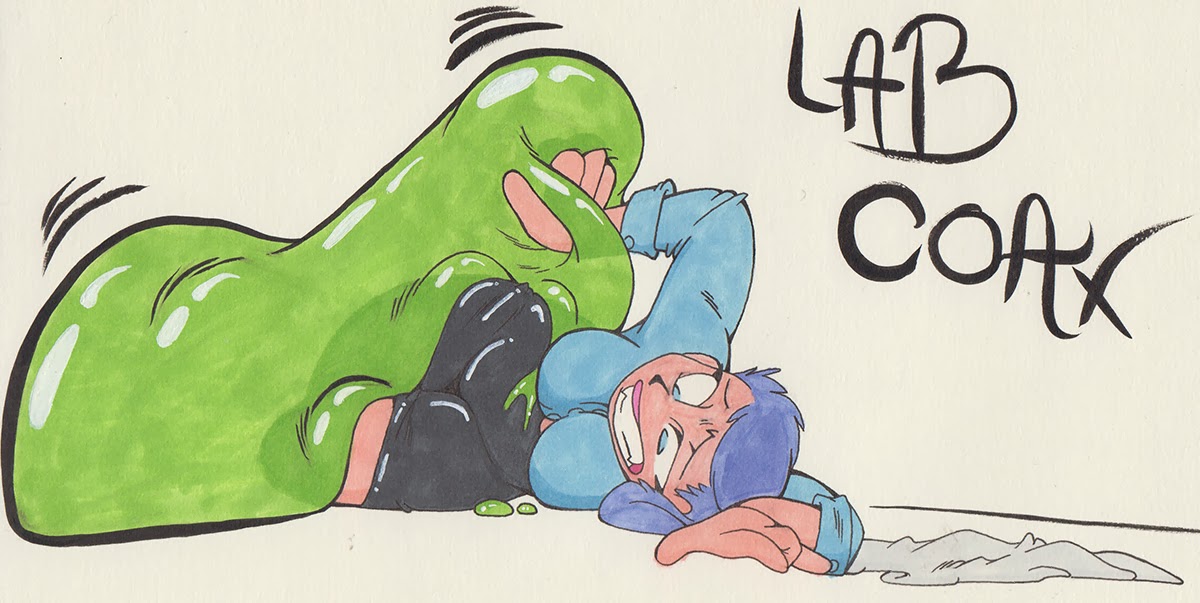 See his previous fanart of Labcoax under the Sketches page.